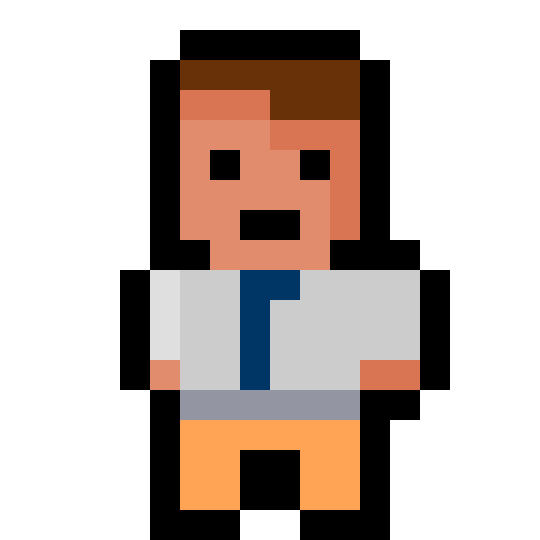 Why I Left Google
6 minutes read

Update 10/5/19: I’ve started looking around for something new and published a post on a framework for making such a decision as well as what I’m looking for.

After five years working on Firebase and Google Cloud Platform, I left Google on July 12, 2019. In an effort to avoid, “Why did Jacob Wenger leave Microsoft for Firebase?", I’ll take a stab at explaining why and (ideally) preempt any pointless Quora questions. But first, a bit of history…

How I got to Firebase

I first heard of Firebase in October 2013 while a senior at Rose-Hulman, when Andrew Lee came back to demo the product and recruit. At the time, I had just spent nine months attempting to build a collaborative document annotation application, and hated databases (and really anything backend). My friend (and future Firebase employee) Alex dragged me to his demo and after watching him go through the drawing, chat, and Tetris demos, I was blown away. Firebase gave regular developers superpowers.

I met Andrew that night in a coffee shop in Terre Haute to chat about startup culture and life in the bay area, and the conversation turned into an interview. Later I met with James Tamplin, and eventually the whole team in San Francisco at Firebase HQ 2.0, and was given an offer to join the team.

I arrived at Firebase HQ 3.0 on July 1, 2014. Remenants of Pineapple Day littered the office (cans of pineapples, a bottle of pineapple juice, a pineapple with a chef’s knife embedded in it…) and I was excited to start doing whatever working at a startup meant.

Turns out, neither James nor I had any idea what that meant. I distinctly remember our second 1:1 where I was struggling with some “hard problem” and wanted “the answer” to which James said, “nobody knows what the **** they’re doing” and that everyone basically made it up along the way. Shocking for a kid who spent the past four years thinking he knew the answers, but great advice for someone just entering the workforce.

During that summer, I ended up working on developer relations, talking with customers, playing corporate counsel (we didn’t want to pay $800/hour for actual lawyers, so I negotiated sales contracts myself), understanding our funnel, writing sample apps and documentation, and learning how the business worked. Towards the end of the summer we were told of the potential acquisition, and worked harder to grow the product in both users and revenue. It was also a period of tremendous growth for myself, and every day was invigorating.

We started at Google on October 18, 2014. We all showed up at Firebase HQ 3.0 bright and early and got on a bus down to Mountain View for orientation where we got fancy badges, shiny new laptops, and a pile of paperwork to fill out.

The first year at Google was full of growth: learning new tools, understanding a new business model and figuring out where we fit in, and doing out best to leverage the resources of a large organization without getting crushed. I continued to do a mix of things before eventually transitioning to the product management ladder, as I had been doing that job all along, I just didn’t know it.

By the summer of 2015 we had found our niche within Google, and by late 2015 the effort to transform Firebase from three products to 15+ was well underway. I took on the role of leading Firebase Storage (now Cloud Storage for Firebase) and worked with three engineers to launch that by I/O 2016. It was the hardest I’ve worked in my life, but also something I’m immensely proud of. It culminated with the first attempt at “Zero to App”, where we pulled off live coding three apps on stage in 40 minutes:

At the end of 2017 James and Andrew left Google, and I felt like the work I had done to integrate Firebase into Cloud meant that I’d be better suited to working lower in the stack, so I joined the App Engine and Cloud Functions team, working primarily on strengthening their security posture and improving control plane usability.

In early 2018, we started work on Knative, and I dove into understanding how Kubernetes worked and how we could replicate functionality while reducing complexity. From that came Cloud Run, a product I’m extremely happy exists, as I now deploy number of my personal projects on it.

Five years in, things were much different than when I first started at Firebase. There are many excellent things about Google: the people are generally smart and thoughtful (the vast majority of folks I worked with would pass the airport test with flying colors), the work is technically complex and fascinating, and (of course) the perks are excellent.

Attempts to change issues I saw that were affecting customer adoption were therefore slow. It took more than a year to get Cloud Functions IAM from Alpha to Beta. Even simple docs changes took days to weeks. It felt like the organization had calcified, and I was restless to ship (that’s what good PMs do, right?).

But ultimately, I was burnt out. I traveled for most of 2018 and early 2019 visiting developers and speaking at conferences (thanks in part to the slow development cycle), and all that time meant a lack of stability in my personal life. I couldn’t keep up a workout schedule (even though there was a Google gym directly below me), and finding time for friends or a relationship was nearly impossible.

Five years went by in the blink of an eye, and it’s time for a break. As mentioned above, I’m taking some time off to recover from the big tech co life (I don’t know if I eat healthier, but I certainly eat less), and work on personal projects (some of which are software, some of which are not), get back in shape, and carve out time for my personal life.

I still plan on doing something product related in the future, so as I get a little further from work expect some product strategy blog posts as well as fun tweets about the personal projects I’m working on. At some point, I’ll be searching for what’s next, so if you’ve got interesting positions open I’m all ears. And as always, I’d love to hear what’s on your mind!